“I have a MPEG video file saved in my system. It’s a video clip which contains some of the important memories of my life. Earlier it was used to play well, but don’t no suddenly what went wrong. Since a week I am not able to play this video. At any cost I want to fix corrupted MPEG video file on my computer. Can anyone please help me and tell what is to be done to fix this error?”.

If you too have caught in a similar sort of a problem and want to repair corrupted MPEG video file, then do not get worried. As presently, there exists a highly effective repair application known as Fix MOV tool. By making use of this repair tool you will be able to repair corrupt MPEG video file in few simple clicks of computer mouse. The software is highly efficient, and is well known for its advanced inbuilt scanning engine using which it’ll profoundly scan corrupted MPEG file and generates a new and healthy file similar to that of original one. This makes the original video to remain unmodified. Fix MOV software is been included with lots of benefiting features. Before getting into them, let’s discuss some important reasons due to which MPEG file gets corrupt.

Scenarios responsible for the corruption of MPEG file:


In addition to these there are numerous other reasons, which results in corruption of MPEG files. But nothing to worry, since fix MOV program can easily assist you in repairing corrupted MPEG video files. It allows the user to repair MP4 files that are corrupted even after recovery. To know how to repair restored MP4 files, simply follow this link: https://www.fixmov.net/repair-recovered-mp4-video-files.html

Step 1: Download and install Fix MOV tool on your system and then launch it. From main screen of this software, select Repair tab as shown in the figure 1 and give a reference of a healthy file.

Step 2: Once the file gets located click on “Repair” button and the software will start to repair corrupt MPEG video file as shown in the figure 2. 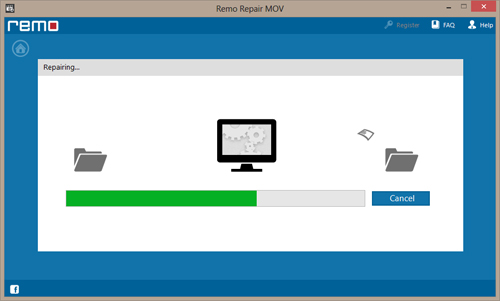 Step 3: After the repair process is over, you can easily “Preview” the repaired content as shown in figure 3. 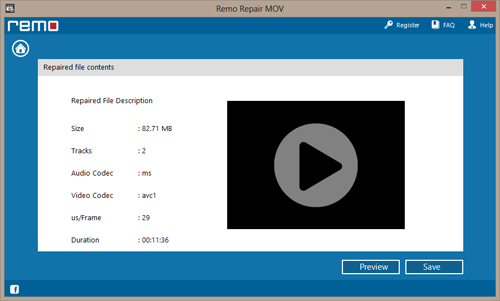